Priyanka Chopra's 'Pahuna' to hit the screens on December 7 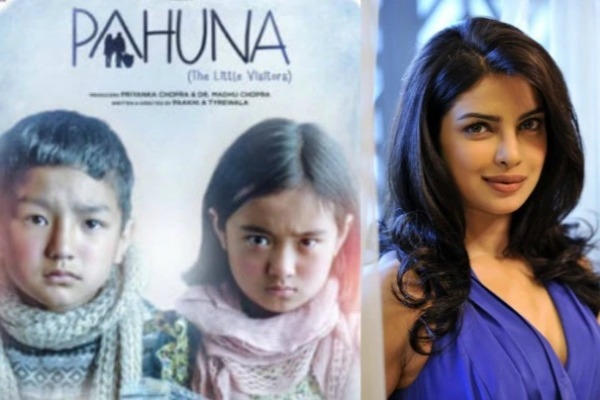 Produced under Priyanka and her mother Madhu Chopra's banner Purple Pebble Pictures, the film has been directed by Paakhi A Tyrewala.
The film revolves around three Nepali children who get separated from their parents, escape the Maoists agitation in Nepal and flee to Sikkim.
The 35-year-old actor took to Twitter to make the announcement on Monday.
"The wait is finally over... 'Pahuna - The Little Visitors' releases in theatres across India on 7th Dec 2018. This is a very special film and I can't wait to share it with you all. #Pahuna7thDec," she wrote alongside the movie's poster.
Paakhi said the film is a symbol of hope, something that helps people get by in a tough world.
"Sometime it's easier to just give up. Hope is what we all need. Like one of the characters in the film says, 'It's never all dark, there is always light.'
"Pahuna is full of hope. That is the reason it resonated with audiences young and old across the globe and now it's releasing in the country it was made and meant for," the director said in a statement.
Madhu added the film is special as it addresses the far-reaching consequences for children when adults make harsh decisions.
"This story is relevant globally in its appeal," she added.
Last month, "Pahuna" was adjudged Best Film (Jury Choice) and Special Mention by Professional Jury in The International Feature Film Category at SCHLINGEL International Children's Film Festival in Germany.
Co-produced by Children's Film Society, India (CFSI), the film had its world premiere at the Toronto International Film Festival (TIFF) last year.