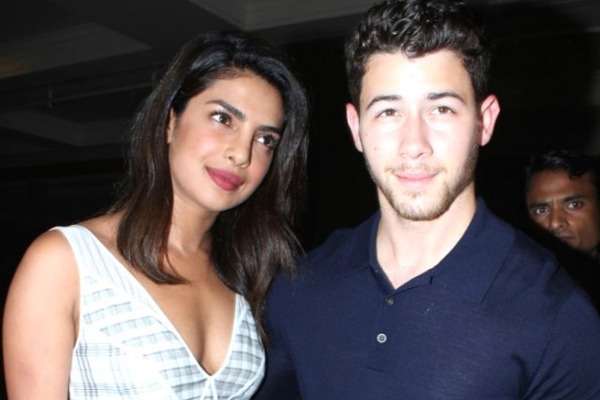 The 36-year-old Indian star looked gorgeous in a white strapless Marchesa dress as she partied with her close friends at Tiffany's Blue Box Cafe in New York City.
The party was thrown by bridesmaids Mubina Rattonsey and Anjula Acharia, reported Us Weekly.
Kelly Ripa, Lupita Nyong'o and Priyanka's future brother-in-law Kevin Jonas, his wife, Danielle Jonas and their daughter Alena were part of the celebration.
When asked how excited she was for the party as she was entering the venue the "Quantico" actor replied, "So much".
Excited about the party, Priyanka also shared a picture on Instagram while dressing up. She wrote, "My girls are in town! #anyreasontoparty #preweddingcelebrations"
At the party, a DJ played Bollywood songs and several guests kicked off their shoes and danced to the music. The bridesmaids also gave speeches in honour of Priyanka.
According to sources, Nick and Priyanka are set to tie the knot "in India in December".
The couple have been spending some quality time in New York since last few days. They were recently spotted at a restaurant and as they watched a Broadway musical together.
On Monday, Priyanka shared a photo of Nick with her nephew and wrote, "Nephew and Boo".
The duo got engaged in July in a traditional Roka ceremony at her residence in Mumbai.