I'm a calmer person today: Anushka on 10 years in Bollywood 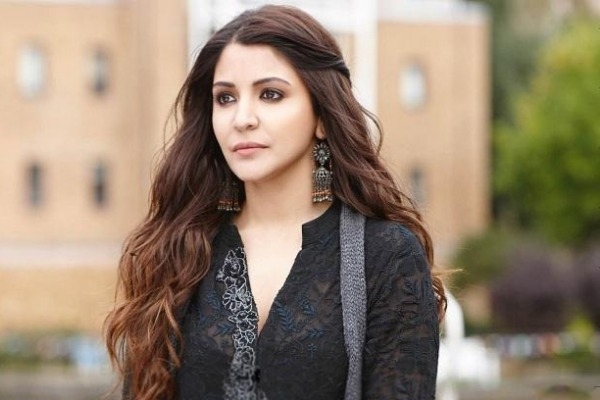 It is the beginning of a new era for Anushka Sharma, as she clocks 10 years in Hindi film industry in 2018, and the actor says over time she has grown to become a "calmer" individual.

The 30-year-old actor made her acting debut opposite Shah Rukh Khan in 2008's "Rab Ne Bana Di Jodi" as the strong-headed Tani.
She says becoming a better version of herself has been her all-time goal, which in turn has made her "a better actor".
"There has been an incredible amount of change. I'm so much calmer than I was earlier. My constant effort has just been on my growth as a person. I strongly believe your own growth as a person will involve emotional growth. That in turn makes you a better performer.
"You can feel more when you start feeling more sympathetic and empathetic towards people. You'll be able to bring that out in the characters you're playing," Anushka told PTI in an interview.
The actor calls the industry as the "greatest teacher" that has made her navigate through the complexities of life.
"I think no industry teaches you better than this place because it's really tough here. You'll find all kinds of people. You'll find kindness in people, you'll find shrewdness in those same people. It's just so complex that you understand how life is. And at the same, it's extremely simple. If you just kind of understand for what it is and accept for what it is..." she says.
The actor, who stars in "Sui Dhaaga: Made in India", says she is trying to be more like her character, Mamta, who only offers her opinion when asked.
In the Sharat Katariya-directed film, Anushka plays a housewife who is hesitant to express herself.
"I'm definitely way more expressive than Mamta. I'm trying to be like her. I only want to give my opinion when I'm asked," she says.
"My character will express herself only when she is asked. And when she does, she'll express herself so clearly that she would rattle the onlookers. She's extremely wise for her age.
"I would laugh openly like I do, but when Mamta laughs she'll always cover her face as if she's apologetic, even about that," she adds.
The actor says through the film, her character also starts discovering herself - that she is more than a wife, she is a companion and a business partner to Varun Dhawan's Mauji.
"Her husband's support makes it clear to her that she is his equal partner, which in turn empowers her. And this is very important for someone coming from a middle-class family."
As a producer, Anushka is satisfied with the manner in which her last production, "Pari" was received.
The actor, who featured in the title role, said the intent behind the film was to redefine the horror genre.
"I know the film didn't do those mad numbers but I think it did a lot more than that in terms that people spoke about how it was genre-redefining film," she says.
"I think it always helps when an actor who is known for doing mainstream films supports a film and a genre like this. It really opened up an avenue for more of these films," she adds.
The actor says her banner, Clean Slate Films, will soon make an announcement about future projects.
"Sui Dhaaga", a Yash Raj Films production, released today.