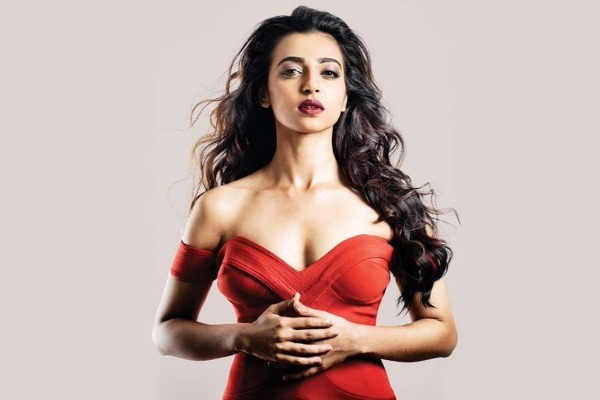 With three consecutive Netflix projects and one Bollywood blockbuster to her credit Radhika Apte is on a roll, but the actor says she does not let the success get to her and likes to live on the "edge".

The actor started the year with R Balki's comedy-drama "Padman" and featured in "Lust Stories", "Sacred Games" and "Ghoul", positioning her as streaming giant's India favourite.
"The content that's coming my way is great, but something really needs to challenge and throw me off, completely shatter me. I like to live that. It has its downside too, but I like to live on the edge.
"The year has been great but there's much more I want to do, which will give me the kind of satisfaction that I've been looking for. I don't think this is that year," Radhika told PTI.
She said she is currently experiencing gratefulness and insecurity in equal parts.
"I am grateful for all the work but it's also confusing because you are doing so much work that you don't have time to breathe. It produces a lot of insecurities about whether you continue to work like that or not. Or what is the next thing that I'm going to do. It worries me."
The actor was speaking at the launch of True Roots Botanical Hair Tonic.
Radhika's upcoming projects are Saif Ali Khan's "Baazaar" and Hollywood filmmaker Michael Winterbottom's "The Wedding Guest" along with Dev Patel.
The actor said it is important for her to surprise her viewers hence she always tries to pick diverse characters.
"You get a one-off opportunity and if you manage to sustain that or not is very crucial. It's very important to come up with new things, to reinvent yourself," she added.