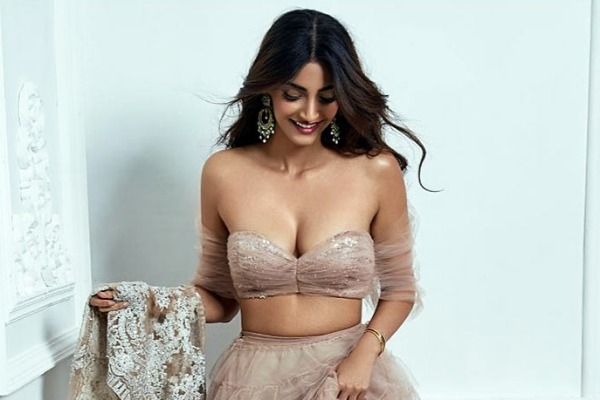 As someone who grew up with a love for the written word, actor Sonam Kapoor believes good literature is the backbone of films and writers should be given their proper due.

Early in her career, Sonam worked in "Aisha", a story inspired by Jane Austen's famous novel "Emma" and the actor, who has been named the brand ambassador for Jio MAMI festival's 'Word to Screen' initiative, says she is always open to good book adaptations.
Sonam said the 'Word to Screen' initiative can be a great platform for those looking for good content.
"Hopefully, we can make content the king. Writers are the rockstars. Technicians in general are not given their due credit because when you are behind the scenes, you are less in the public eye. Writers are the backbone of any film and they should be given more due," she told PTI.
Sonam and her sister, producer Rhea Kapoor, have bought the rights to two books - "Battle for Bittora" and "Govinda".
"Both are amazing books. 'Govinda' is a fictionised version where Krishna is being superhero. We have not thought about how to get this ahead. 'Battle for Bittora', we got the rights three years ago. It will happen next year. I don't know if I will be a part of it or not as an actor, hopefully. It depends on how it is written."
Sonam believes there is more fun in adaptating book to screen as there is a familiarity with the characters but also the scope to interpret and imagine.
"I feel sad that younger generation of people do not read many books. We are trying to promote the fact that through books, we get amazing films. Film adaptation is an important market for the industry."
The actor said one of her childhood aspirations was to become a librarian as she thought it was the best way to be surrounded by books all the time.
"Words are mightier than sword. Today, when there are polarising views on social media and in media, where people are using words without even understanding the consequences of it, more importance should be given to how words can affect and impact the way people think.