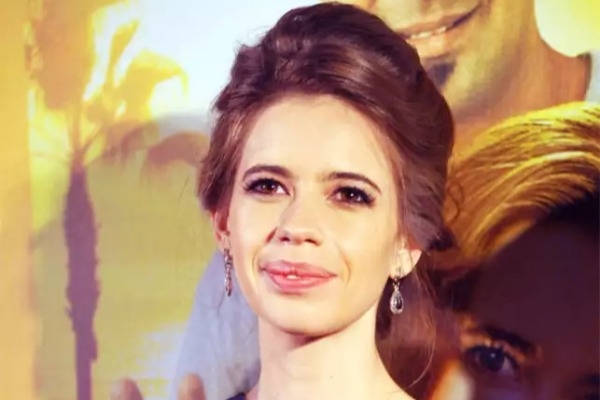 Kalki Koechlin says mob mentality continues to thrive in India as independent thought is not given an environment to flourish in, something that can only change with education.

With incidents of lynching and vandalism on the rise, the actor feels there is no state of "social security" in the country.

"We have no social security. There is no system that's protecting us actually. Everybody is each to their own here. No government force is going to come and help you... There's so much population that it's difficult to provide services to all.

"I think that makes people communal. We still discourage the individual (thought). It's still hard to find that individual voice. Take education for that matter - we still mug up, rather than thinking for ourselves. There's also this ignorance of 'the other'. We are fine within our groups. That's something that can only change with education," Koechlin told PTI in an interview.

The 34-year-old actor has explored the life of young Indian adults in the 21st century in the new BBC World Services podcast, "Kalki Presents: My Indian Life".

Bringing stories about "young Indians for young Indians" together, she says taking up the project was an eye-opening experience for her and helped her find different realities that make the country beautiful.

She firmly believes that the youth will have to lead by example to change things for the better.

"This was the first time I was doing a podcast. I got to know a lot about different people. I used to think I'm very knowledgeable and liberated. But even on social media, you follow the people you want to follow... So you kind of live in your bubble. When I see where these people come from... backgrounds starkly different from my thinking...

"When we listen to those stories, we realise we are not alone and that person who might have the opposite view might actually have a very similar personal point of view..." she says.

Known for speaking her mind, the actor-activist believes one's political outlook stems from their personal experiences and a change in the point of view overtime is natural progression.

"Whatever strong political opinion we have ultimately come from some experience, upbringing... where something was lacking, dissatisfying has made us feel this way...

"There's a thing about opinions... They are formulated over time. They tend to change with time and you are going to change your mind many times. (In student politics), so many of them are immediately slotted for their views. Even they feel a responsibility to stick to 'this political spectrum'. They are unable to speak up as there is so much backlash and vehemence. They fear if they change their stand, they will be called fickle."

Koechlin, however, believes that today the country's youth is more independent and does not lead a "double life", unlike the earlier generations.

"They no longer feel the need to hide things from their parents. We are quite open about our choices. Our future depends a lot on how we are going to express ourselves... We are finally ready to take the responsibility of our independence.

"We haven't been doing that too much. We have been like 'This is freedom, we have it but now what do we do with it for our country?" she says.