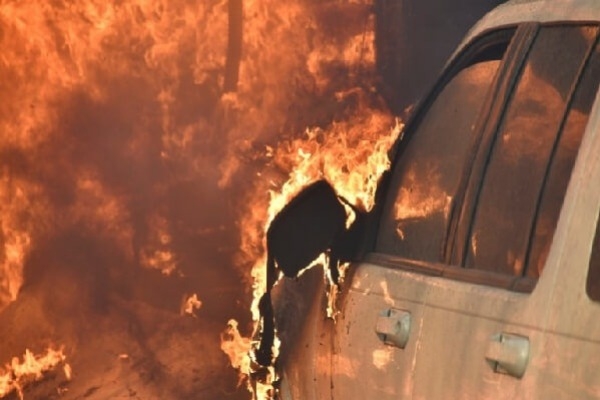 Two people including the driver were burnt alive after an Ola cab in the wee hours of Sunday after a speeding truck rammed into them from behind on the Delhi-Gurugram expressway. The incident took place at around 3 am in Delhi's Rajiv Chowk.

Several passers-by tried to pull out the two occupants of the cab, but the fire engulfed the car within minutes. The fire brigade and the police reached the spot around 5-10 minutes after the crash and pulled out the two partially burnt bodies from the car. The driver has been identified as a 28-year-old Manpreet Singh, the identity of the passenger is yet to be established. Meanwhile, a case of death due to negligence and rash driving has been registered at Sadar police station.