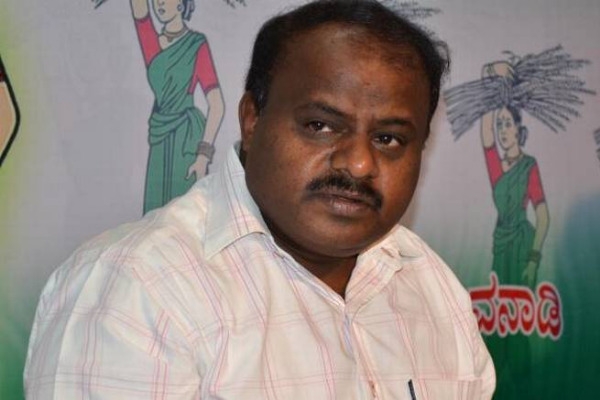 Ending the 10-day political uncertainty in the state, Karnataka Chief Minister H D Kumaraswamy will face a floor test on Friday, which he is widely expected to sail through, barring any unforeseeable events.

BJP's BS Yeddyurappa, who was sworn in as the chief minister on May 17, had stepped down two days later in the face of imminent defeat without going through the motions of a floor test. Unfazed by Yeddyurappa's unceremonious exit, the BJP on Thursday fielded its senior leader S Suresh Kumar, a fifth term MLA, for the post of the speaker whose election will precede the trust vote. Ramesh Kumar of Congress too filed his nomination for the post as the candidate of the ruling coalition.

"Based on the strength of numbers and various other factors, our party leaders have confidence that I will win. With that confidence I have filed my nomination," the BJP candidate said, indicating that the saffron party was keen on giving the JD(S)-Congress alliance a run for its money. The BJP is the single largest party in the assembly with 104 MLAs. When asked about his chances of winning, the BJP nominee said, "I have filed my nomination. There is election tomorrow at 12:15 pm. After the election, you will get to know."

Congress Legislature Party leader and former chief minister Siddaramaiah exuded confidence about the coalition candidate's victory."I got to know that the BJP has also filed nomination. I hope they will withdraw. If election happens, Ramesh Kumar's victory is certain," he said. After taking the oath, Kumaraswamy had voiced confidence about winning the floor test but said he had an apprehension that the BJP would try to repeat "Operation Kamala" to bring down his government. The term "Operation Kamala" or "Operation Lotus" was coined in 2008, when the BJP state chief B S Yeddyurappa took over as the chief minister. The party was short of three MLAs for a simple majority.

As part of "Operation Kamala", named after the BJP's election symbol lotus, some Congress and JD(S) MLAs were persuaded to join the saffron party, relinquish their membership of the assembly, and recontest elections. Their resignations brought down the numbers required for a victory during the trust vote, which Yeddyurappa won. But Kumaraswamy has a clear advantage on Friday given the strength of the JD(S)-Congress-BSP coalition in the House. While the Congress has 78 MLAs, Kumaraswamy's JD(S) has 36, and BSP 1. The alliance has also claimed support of the lone KPJP MLA and an independent. Even though Kumaraswamy will likely have a smooth sailing during the confidence vote, expanding the Cabinet may be a tough call for him.