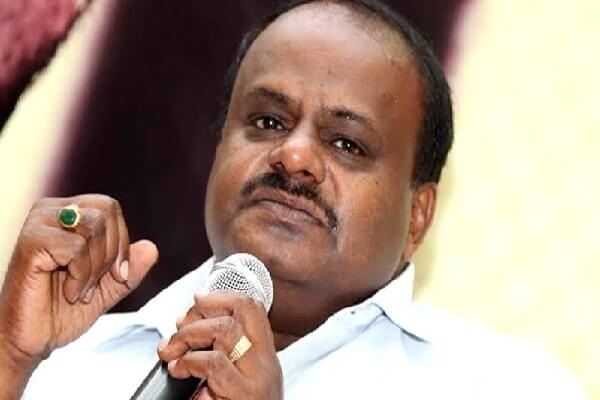 Bengaluru: Waiver of all kinds of farmer loans running up to Rs 52,000 crore, reviving  the Lokayukta, winding up of the Anti-Corruption Bureau and a comprehensive plan for Bengaluru are some of the promises made by the Janata Dal (Secular) in its manifesto released here on Monday by its state unit president H.D. Kumaraswamy.

Interestingly, the manifesto speaks of encouraging working and studying Muslim women and involving the Wakfs and Dargahs in education of children. The party’s other promises include a monthly maintenance of Rs 2,000 for poor women and an honorarium of  Rs 6,000 a month for those over 65. Speaking to reporters, Mr Kumarswamy declared that a clean-up of the administration would start from the Chief Minister’s office on the third floor of the Vidhana Soudha, and it would be opened to farmers and ordinary people once  a month to help them bring their  problems to the attention of the government. Also, in the interest of transparency in administration, CCTV cameras would be installed in government offices and the assets and liabilities of government officials would be published on its website, he said.

As for Bengaluru, the Janata Dal (Secular) party has promised  a comprehensive plan to improve the quality of life it offers peoole and reconstitute urban agencies like BWSSB, BDA, BMRDA and KSICB for better and planned development of urban areas. Asserting that his party was committed to waiving off all farmer loans, the state Janata Dal (Secular) President said that they amounted to Rs 52,000 crore, inclusive of interest at present and would be taken care of by his government if elected. He revealed that mobile banks would be set up to help roadside vendors, who were exploited by “meter-interest” moneylenders. “Instead of paying 10 per cent  interest, they will have to pay just a two per cent maintenance charge to these banks,” he said.

The party manifesto also promises strict action against land grabbers, a new law for speedy disposal of cases related to land, and an  annual examination for Class 1 employees and IAS officers to assess their efficiency and grant increments and promotions. Heads of departments will be held  accountable for corruption by their officers,  government schools will be upgraded to end the donation menace, and a Rs 75,000 crore housing project for poor and middle class people will be implemented. In addition, the manifesto of the Janata Dal (Secular) party promises to earmark Rs 1.5 lakh crore for irrigation over the next five years, and an “industrial revolution” in the districts, besides a thrust for tourism and eco-tourism.