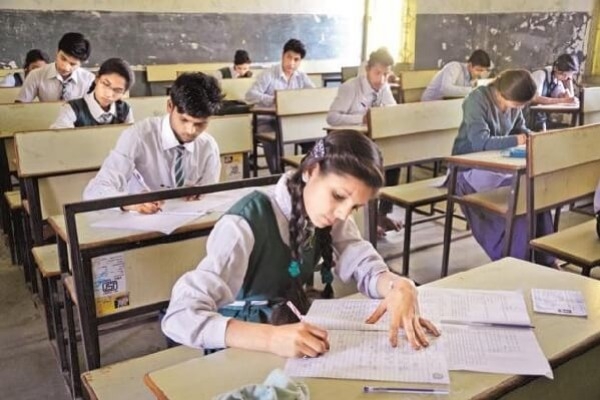 Bengaluru: Students outside the Chandigarh and NCR area can return to their post-exam glee, with the CBSE Board announcing on Friday afternoon that the board's re- exams will only be held in the areas where the leak actually took place. So far, students and parents alike panicked, having reached the end of the hectic exam season only to face the prospect of an extension.

"Students from other regions don't need to take a re-exam but there is still a lot of anxiety in the city," says Mansoor Khan, trustee, Delhi Public School. "We have been sending out emails and taking calls to reassure our students' families that there is no need for them to worry at the moment." Protests erupted across New Delhi on Friday morning as angry school students, galvanised by Congress youth leaders, gathered across several parts of the city. Members of the Congress National Students Union even began a march towards Union HRD Minister Prakash Javadekar's residence, but were stopped. "We are suffering because of CBSE's mistakes" is the angry, youthful refrain heard across the country, with nearly 2,00,000 students waiting on tenterhooks for more news on the question paper leak.

The question papers of the Class 12 economics exam, held on March 26 and that of the Class 10 Mathematics exam, held on March 28, were leaked on social media mere hours before the exams were scheduled to begin. Parents and students alike took to social media to express their woes: "I hv kids who hv gone thru n is going thru the tough stress of board exams, graduations m admissions ! To hv thm suffer this trauma of re-exams for no fault of theirs is terrible!" (sic), MP Rajeev Chandrasekhar said on Twitter. "Every year the stories of paper being leaked circulates and the nightmare of RE-EXAMINATION haunts every kid during their 10/12th standard. And now, it’s a reality to a lot of them and it sucks. After undergoing all the pressure and gruelling, this happens?

Shame on this system," wrote Amruthavarshini Halugodu on Twitter. In Karnataka, every year has brought with it the disturbing news of a question paper leak. Only a week ago, the state-run SSLC board exams began across the state, again in the midst of fears of a question paper leak. Six students have been barred for malpractice.  The PUC board was thrown into chaos in 2016 when the Chemistry paper was leaked, not once, but repeatedly. 14 people were arrested in that case. "The question here is not really how many students have to take a re-exam. This makes the Indian system of education look bad," said Khan, adding, "It also takes away a great deal of the board's credibility.