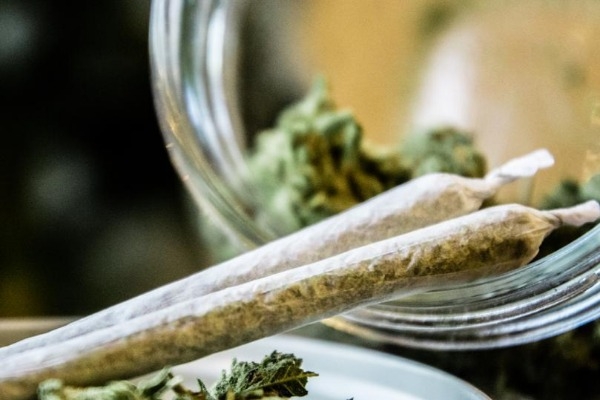 Bengaluru: It's raining money, liquor and freebies in poll-bound Karnataka, these days. However, what is worrying officials are the rumours of drugs and ganja being given to voters by political parties ahead of the crucial Assembly elections in the state.

The rumours of drugs being distributed among the voters got some amount of credence when on Wednesday, the Narcotics Control Bureau (NCB), Bengaluru seized about 117 kg of ganja from Bellary Road in the city. The NCB said that the ganja was sourced from Visakhapatnam, Andhra Pradesh and was meant for local consumption in Bengaluru. Two persons have been arrested in the case and sent to judicial custody. The officials of the NCB refused to say whether the seized ganja was meant to entice voters before the elections. The Assembly elections in Karnataka are scheduled on May 12. The results will be out on May 15. A total of 224 seats are up for grabs for political parties in the elections.

A few days ago, on April 4, one person was arrested for possessing ganja from the Bengaluru International Airport by sleuths of the NCB. The arrested person was carrying 4,700 kg of ganja from Bengaluru to Doha, stated a report by the NCB. The amount of liquor and cash seized by the officials in poll-bound Karnataka since the model code of conduct was put in force on March 27 has really baffled one and all. Since March-end, 1.92 lakh litres of liquor have been seized from different parts of the state. Reports added that a total of Rs 34 crore has been seized by the officials in the last 20 days. The huge amount of unaccounted money has been seized at a time when several parts of the country have been facing a cash crunch. Apart from cash and liquor, the officials have also seized Rs 19 crore worth of freebies and gifts like sarees, helmets, laptops and cookers from various parts of the state.

Regarding drugs, the opposition Bharatiya Janata Party (BJP) has recently alleged that the incumbent Congress has failed to stop the free flow of banned substances in the state. "Failing to curb growing Drug Mafia in B'luru has been one of many failures of the Siddaramaiah govt. City is now infamously identified as drug capital of south India. Will Rahul at least address the drug problem in Bengaluru? Or is it wrong of us to expect this from him?" tweeted the Karnataka BJP. It is not that the incumbent Congress government has not admitted that drug abuse cases are a real menace in Karnataka. Back in 2017, former Karnataka home minister G Parameshwara has said that "Udta Punjab" will not happen in the state after the BJP raised the issue in the legislative council. "Udta Punjab" is the name of a Hindi film which highlights drug abuse by youths in Punjab. "A special drive has been launched to curb drug menace in the state, especially Bengaluru and Mangaluru. We will not allow Bengaluru to go the Punjab way. Udta Punjab will not happen here," he said.