Weather forecast for June 3: On and off rains to continue in Bengaluru 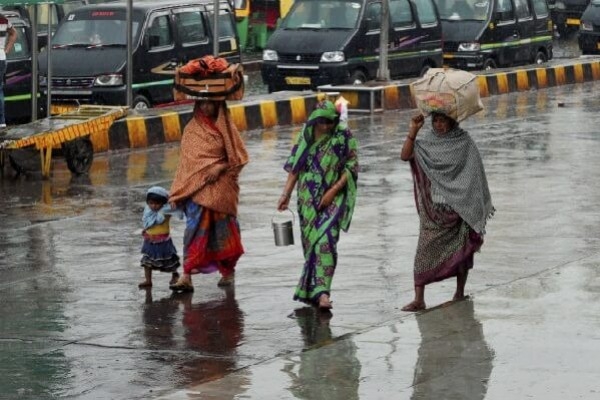 Here is the weather forecast for Bengaluru, Chennai, Delhi, Hyderabad, and Mumbai for June 3. Bengaluru, the garden city has witnessed on and off showers. According to a private weather forecast, Skymet weather, Bengaluru also managed to surpass its monthly mean of May.

The state capital recorded almost double the rainfall as compared to its monthly mean of 107.4 mm. These rains can be attributed to a cyclonic circulation lies over northern parts of Tamil Nadu and adjoining Rayalaseema. Meanwhile, light to moderate rain is expected to continue over South Interior Karnataka and Bengaluru region till June 6. The maximum temperature will be recorded on June 3 will be around 28 degree Celsius and humidity will be around 81 percent.

Delhi:
A thunderstorm accompanied by gusty wind is likely in Delhi on Saturday, according to the India Meteorological Department. Neighbouring places like Punjab, Haryana, Rajasthan and Chandigarh too are expected to witness a thunderstorm. As per weathermen in Skymet, the normal Monsoon onset date for Delhi is June 28. Meanwhile, Delhiites might be witnessing sunny weather on June 3. The maximum temperature will be recorded around 42 degree Celsius and humidity will be around 34 per cent.

Hyderabad:
The city of Nizams has been witnessing on and off pre-Monsoon showers. As per Skymet Weather, these rains are attributed due to the presence of this cyclonic circulation because of which the conditions are becoming favorable to advance the Southwest Monsoon over to Telangana region. The warm and moist air mass is also strengthening over the Telangana state. Hence rain intensity is expected to increase during next 24-48 hours. Meanwhile, Hyderabad city will be witnessing Isolated Thunderstorms weather on June 3. The maximum temperature would be recorded around 36 degree Celsius and humidity around 59 percent.

Mumbai:
The city has been witnessing light showers. According to Skymet weather, due to the advancement of Southwest Monsoon along the west coast conditions are favourable for the occurrence of rain over Mumbai also. Though, the intensity of showers would continue to remain light with one or two moderate spells until June 8. Thereafter, rain intensity is also likely to increase over Mumbai. Meanwhile, on June 3, the maximum temperature will be recorded around 32 degree Celsius and humidity around 72 percent.

Chennai:
The state of Tamil Nadu has been recording scattered rainfall activity for the past many days. According to Skymet weather, conditions are favourable for the further advancement of Monsoon in some more parts of Tamil Nadu. Meanwhile, the minimum temperatures will settle around 36 degrees but as the day progresses, the city is likely to witness light rain at many places with moderate spells at a few places will continue to affect. Stay tuned for more weather updates.