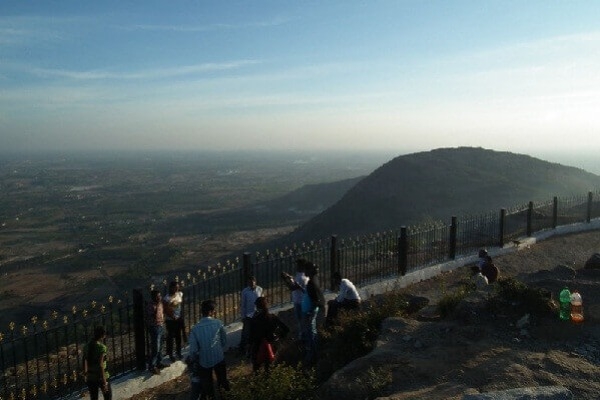 A 53-year-old man fell off from a cliff at Nandi Hills, in order to save his wife but fortunately survived. However, after 21 hours of search, the police along with fire department staff found her body 350ft below. The incident happened at Nandi Hills - a popular tourist destination at around 6.50 pm.

The couple have been identified as M Kumar (53) and J Sunita (50) who were sitting near a rocky place behind a hotel there. However, when Sunita got up for returning, one of her slippers came off and she bent forward to pick it up and lost balance. According to Kumar, ''My wife screamed and started falling into the gorge. I held her arm but lost control. I fell into an adjacent gorge and got stuck between boulders. I sustained head injuries and lost consciousness.''

Around 110 pm Kumar regained consciousness and returned to the hotel and told staff about the incident. They alerted cops at the Nandi Hills outpost. As per the police, Kumar had left on Tuesday as it was May Day and the couple decided to visit Nandi Hills. On Wednesday morning, police brought a drone camera from Chikkaballapura. More than 50 men along with villagers took part in the operation. The woman's body was retrieved on Wednesday evening with the police saying that no foul play was suspected.