Not even May and Bengaluru feels the heat already! 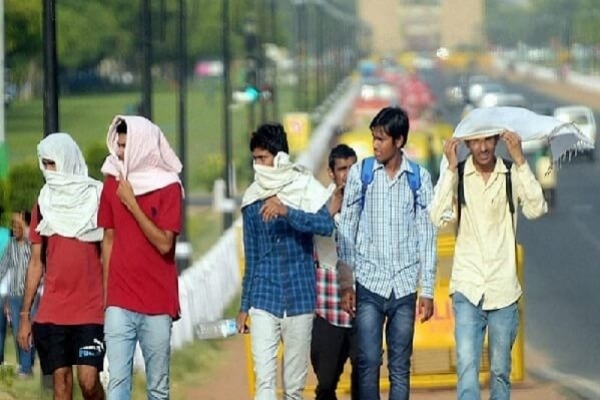 Bengaluru: In a short span of three days, eight patients have been admitted to CMH Hospital with complaints of acute dehydration and severe gastroenteritis. “The patients are being given IV fluids and administered antibiotics through IV,” informed Dr Murali, Chief of Casualty and Emergency at CMH.

“There are a lot of dehydration cases, involving vomiting and loose motions. People keep vomiting as their body cannot retain moisture. Since the weather is dry, there are many asthma, wheezing and coughing cases too,” he said. With the temperature soaring above 34 degrees Celsius already and high humidity levels of 66%, people are rushing to OPDs with gastroenteritis and respiratory issues. What's shocking is that the city normally experiences such high temperatures during May. The city also has another issue that poses a health risk during summers. “During the season, humidity builds up and goes above 60%, because of which we do not sweat much. Sweating is extremely important as it cools the body," said Dr S.M. Prasad, professor of paediatrics, Ambedkar Medical College, and president of Bangalore Adolescent Health Academy.

“The city has a lot of concrete buildings and usually concrete or asphalt roads heat up during the day and release heat in the night,” said Dr Prasad. “Avoid travelling between 11 am and 3 pm, and do most of your commuting in the evening, as it gets cooler by then. Since dehydration can be corrected orally, people should drink a lot of fluids and water  to avoid a visit to the doctor. More than ten loose motions a day should be a red flag and one should consult the doctor immediately, because once you have acute gastroenteritis, your body would have a tough time in retaining the moisture and it has to be done through IV fluids," advised Dr Murali.